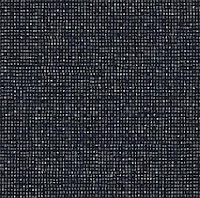 There's not really much I can think of to say to introduce Zodiak, so I'll let them do it. Their press release compares them to Tool, Massive Attack, Pink Floyd, and Failure, among others (those are the ones I think are the best comparisons). The album was put together out of mostly improvised jams, but, according to the band's MySpace, came out more structured than initially planned. They're also set to appear on a Syd Barrett tribute compilation coming out on Dwell Records, entitled Like Black Holes in the Sky, contributing a cover of the Pink Floyd single, “See Emily Play.” Translation Loss Records will be releasing their debut album, Sermons, on May 13th.
The album opener, “Excavate” opens the album with a song that combines the more melodic side of Tool with Isis-style “loud” parts. This is all pretty standard, but the track ends on a weird, spacey note, which brings it nicely to the title track, “Sermons,” which shows more of a Pink Floyd influence (Pink Floyd if a guy who sounded a little bit like Maynard James Keenan was doing the vocals). The guitars are drowned in effects, one with what sounds like possibly a space echo, and the other with tons of sustain. There's a pretty cool, kinda Floydian guitar solo in there, and it's all tied together quite nicely. It ends on a drone that abruptly cuts off.
The next track, “Etc.” sounds like exactly what its name implies. Like something they had no idea where to place on the album, or whether or not they should incorporate it into a song. Which is not to say it's all bad. It carries on the spacey vibe of “Sermons,” but it sounds like kind of an afterthought.
“Wouldn't Wait” is more of a rock song with heavy guitars and a nice reverb effect on the vocals. It's kind of cool, but doesn't seem to go much of anywhere. Not one of the album's stronger tracks, but not bad.
“Their God Reigns,” on the other hand, builds from a spacey drone to something that sounds like the bastard child of Isis and Pink Floyd, with the droning space rock weirdness laced between heavier sections with an awesome “pissed-off, wounded animal” quality to the vocals. This is capped off by another instrumental, “Zeroes and Ones,” which brings that space rock vibe back into the picture.
The next track, “Outlined,” mixes metal riffing with reverb-drenched verses. The result sounds a lot like Tool with a slightly different melodic sensibility, and ends with another droned-out space rock part.
The closer, “Untitled,” is surprisingly short. To be honest, this is the kind of band I would figure would end on a really epic space jam or something. Instead, it's more of a straight-ahead, rock instrumental that ends in about thirty seconds of drone.
I would say this is a pretty promising debut, despite its flaws. I'd recommend this for fans of Isis or Old Man Gloom, and, of course, for fans of Tool. This is a pretty solid effort at bringing the progressive rock of today back together with more classic progressive sounds. I'll look forward to hearing what these guys are doing in the future.-W♥M (weheartmusic.vox.com)