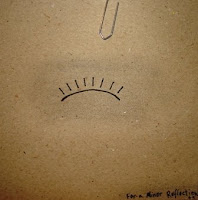 I have to say you are wrong.
They are by no means the best band around and they definately have areas to improve on, but I have no doubt they will. I saw them last night at alexandra palace and they absolutley blew me away. When i got home I listened to the album on their myspace. it was great but it wasn't nearly as good as it was live. Their performance was outstanding, the songs well structured and flowing well, they had a great variation of rythms and textures making it move fast and furiously. Very energetic band with great emotion and drive.
I have no doubt they will make it big.