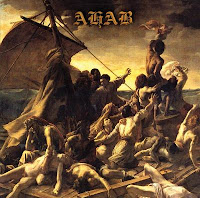 Email ThisBlogThis!Share to TwitterShare to FacebookShare to Pinterest
Labels: DOOM

This album is awesome as the review above states. I discovered this band about a year ago through a friend and they have continued to surprise me completely.

Great post and an insightful review. Keep up the good work.