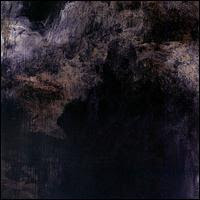 For all of the group's first three albums each being intriguing, engaging listens, there was no hint that Mi Media Naranja would be as flat out amazing as it was. Yet it was, and remains, Labradford's best album yet, an accomplished meshing of all the various elements to their sound over previous releases into one near-perfect sonic document. Making a specific benefit out of turning the minimal into something maximal always was the band's major ability, but it gets showcased here to a new, breathtaking extent. "S" sets the scene just right, with Mark Nelson's trademark, deliberate, echoed guitar plucking, and all manner of ambient keyboard touches joined by gentle strings and, most notably of all, a crisp, dub-inflected rhythm, spare but forceful. Add to this an overlay near the start of the song of a high-frequency pitch -- not annoying, but noticeable -- and the end impression is of a band in full command of how to create detailed but not overly busy songs, compelling in their understated beauty. The album is packed with such high points and subtle sonic touches -- the sample of a child and slight bossa-nova rhythm on "WR," the loops of running liquid and distant engines behind twinkly keyboard sounds -- and then all that behind the usual guitar/organ interplay -- on "I," along with cryptic found-sound, man-on-the-street statements dropped in at various points to boot. Quietly fascinating and endlessly listenable, Media turns what had been a very good band indeed into a masterful one.

when i downloaded the file, it says i need a password to open it