Old World Vulture - How The West Was Lost 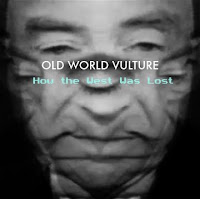 After the successful digital release of their debut single "Benny," Toronto instrumental noisemakers Old World Vulture will release a second single, "How the West Was Lost," as a free digital download on November 1, 2009, followed by the release of "Bastard Engine" on December 1, 2009.

The songs will only be available as a free download for 30 days from the date of release. All three songs will appear on the band's forthcoming debut EP, slated for release later this year.

The three songs were recorded between May-July, 2009 in Toronto at Audiolab Recording Company with Chris Hegge (Career Suicide, Fucked Up, The Meligrove Band). Also included with each single is an exclusive remix by electronic composer Valiise.

The information here is great. I will invite my friends here.