Maybeshewill - Not For Want Of Trying 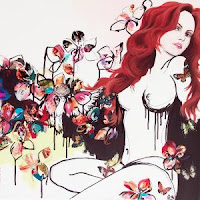 “Maybeshewill like the way it sounds, not the meaning of its constituent parts. If you're looking for meaning, you won't find any here.”

As many may have noticed recently the genre of post-rock has been in something of a decline. With many (too many) bands attempting unsuccessfully to imitate heavyweights like Sigur Ros and Explosions in the Sky, an area of music that was once a bustling market place of creativity has started to grow, well, stale. Leicester lads Maybeshewill have obviously noticed this. While their debut EP ‘Japanese Spy Transcript’ was a proficient exercise in the quiet-loud dynamic that has been employed by countless of nearly identical bands, this, their debut album, is different. The aforementioned quotation from the band themselves alone, “…you won’t find any (meaning) here…”, distances them from the congested post-rock herd. Post-rock is a genre that many, this reviewer included, closely associate with great displays of emotion. However, there is none of that here – at all. In some ways it is refreshing, in others it is somewhat disappointing; at the very least it is interesting.

In case you haven’t guessed yet Maybeshewill are not, I repeat not a post-rock band –at least not in the traditional sense. They have more in common with a band like Biffy Clyro, especially on the quirkily titled ‘The Paris Hilton Sex Tape’ which basically sounds like a song from the Ayrshire trio only without vocals, and a lot more interesting musically. In its three-and-a-half minute running time it moves between soaring guitars, dirty-sounding bass riffs, pretty-sounding piano riffs and spiky riffs. As with all the songs here, there is plenty of variation yet it all makes sense and doesn’t seem out of place. This is never more true than on the schizophrenic ‘We Called For An Ambulance But A Fire Engine Came’ which changes dramatically halfway through from a riff-heavy metal section to a string and piano section. From here it segues into a mild industrial electronica outro.

The use of electronics is vital to Maybeshewill’s sound as they employ it very well indeed. Whereas Texan post-rock outfit This Will Destroy You decided to overuse it on their self titled debut, Maybeshewill make subtle use of their synths and drum machines on songs such as ‘Seraphim & Cherubim’ really enhance the quality of the song. Though the song would work just as well without them they make it feel more complete and generally more enjoyable. Only on ‘Heartflusters’ do the electronics take a more central stage. The song has a much thinner texture than others and so, in this respect, offers variation. Though more noticeable is the inclusion of vocals as it is one of only two (three if you include samples) tracks that does this. Though the vocals here aren’t of the best quality as the midlands accent and general delivery isn’t too audibly pleasing, they have a sort of endearing quality which makes the track worthwhile. The only other song that includes live vocals on the album is the somewhat pretentiously titled ‘He Films The Clouds Pt. 2’. The use of a cyclic piano pattern and sparsely notated guitars is soothing and is one of the best moments on the album. It builds texturally throwing drum machines, synths and drums into the mix before eventually changing tone slightly. As the texture thins unexpectedly a choir-like gang vocal refrain enters. The warm tone of the voices is strangely reassuring and is well worth the wait, given the near seven minute running time – the longest on the album. The title track also employs vocals, well…kind of. There is a lengthy sample of Howard Beale complaining about social decline in the film ‘Network’ before telling the listeners “I want you to get mad!” as the song explodes from tense piano-riffing into an EitS ‘Those Who Tell The Truth…’ era heavy section which is possibly the most dramatic and well constructed part of the whole album.

With post-rock bands running out of fresh and original ideas Maybeshewill are a breath of fresh air. They have turned their backs on their past and really, it is for the better. ‘Not For Want Of Trying’ is a colourful, and above all, an interesting listen – one that is far more accessible than most instrumental music these days. The albums accessibility is both a positive thing and a negative. It is a good thing because obviously, it doesn’t require much effort to listen to it and enjoy it. However, ultimately it is far less rewarding as too often textures stay constant throughout and, though motifs change a lot, there is not enough noticeable variability. It is admirable that Maybeshewill have tried to make a unique album, and even more admirable that they have made such a dramatic change from their debut EP but as it turns out they have changed perhaps a little too much. However, for a debut album this is very, very good indeed and seems to indicate that Maybeshewill are capable of great things. -by Richard Craig (sputnikmusic.com)