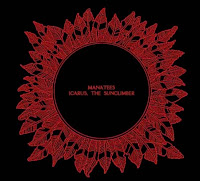 Thanks man, very nice blog you have here. I realy enjoyed reading your articles. I like Neurosis and if Manatees is similiar i thing i will appreciate it. Thank you for your job!