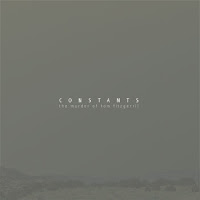 I'm a sucker for sprawling, epic rock music. Mogwai, Isis, M83, etcÃ¢â‚¬Â¦ You name it, I'm in. There's just something about music that slowly draws you in and hypnotizes you that really fuels my engine. About six months ago, my band was scheduled to play a show at this awful venue that pretty much everyone avoids. Of course, we ended up playing to only a handful of people. After our set, as we all began downing as many drinks as humanly possible, the headlining band took the stage. The house lights went down and a few floodlights illuminated the mysterious figures on stage as they slowly crept into their first song. The band was Constants. They played sprawling, epic rock music. I was quite pleased.

The Murder of Tom Fitzgerril, the latest Constants EP, is a satisfying representation of what I initially heard that night. While the production could be better, the music never fails to suck you in. All four of the tracks that comprise the EP are nothing less than powerful indie-rock soundscapes that weave melody and energy into one capacious whole. These are songs in which you can easily lose yourself. But, The Murder of Tom Fitzgerril can also be an effective background companion. That is the beauty of this style of music and Constants definitely seem to know their way around. But, it's also important to know when to stop. Clocking in at around a half hour, this EP seems to end at exactly the right time. While this is ultimately at good thing, it makes me wonder if a full-length Constants recording would find the band overstaying their welcome. One can only hope that the band continues to expand their sound on future recordings. (scenepointblank.com)


Official site
MySpace
Buy it
Posted by JaM at 8:33 PM

Hey I'd like to congratulate you for such a terrific made forum!
thought this would be a nice way to introduce myself!

Sincerely,
Sage Brand
if you're ever bored check out my site!
[url=http://www.partyopedia.com/articles/veggie-tales-party-supplies.html]veggie tales Party Supplies[/url].