Manatees - The Forever Ending Jitter Quest Of Slow Hand Chuckle Walker: An Introduction To The Manatee 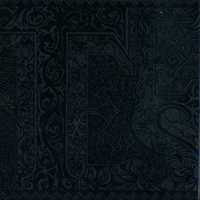 At a push this is post-rock; no track dips below four minutes and the
longest runs to almost 16, but these Manatees do their very best to
avoid being caught in one particular genre box.

Within the sprawling first track alone there are echoes of artists as
disparate as Mastodon, Mono, Kid 606 and the Pixies. The second sounds
like Tool on a tribal drum trip with Mike Patton and elsewhere there
are swirling effects, cavernous screams, walls of impenetrable,
metallic noise and a solemn poem made of simple guitar plucks and
warped samples.

There is some warmth to be found among the occasional bout of
sledgehammer noise and the slow rumbling of a bass guitar that sounds
like it has foot-wide cable for strings but this is mostly music that
conjures up images of violent, blustery tundra, calm, deep-frozen
mountains and the shimmering alienness of the northern lights.

For all this icy power though, there is no cool detachment here. Press
play on ‘Untitled’ and expect to be embraced into a different world,
taken on the sort of journey that few other records can provide, and
not released for the next 45 minutes. Stunning stuff.

both musically, and design wise, manatees' debut album is the most
ambitious motivesounds release so far. if forced into a pigeon hole,
this would be ambient, tribal metal, but you would be bitten straight
away for your efforts. certainly the heaviest music we have put out so
far, the five tracks on offer hear showcase an extremely promising
band at the very beginning of what is sure to be a long career.
rocksound magazine describes this as "one of the most ambitious albums
of 2006", so grab one now.

"So we finnally finished this monstrosity we have spent however many
months recording.

The Album is untitled and contains one 45 min plus opus entitled "the
forever ending Jitter quest of slow hand chuckle walker: an
introduction to the manatee" which has been split into 5 seperate
parts for better consumption and loveley hand drawn artwork is
courtsey of resident swedish tight face Magnus Birgson."

So much appreciated searched for ages. Thank you

Man i was searching for ages.
This shit is epic!
One of the best i heard in a long time and i hear a lot.