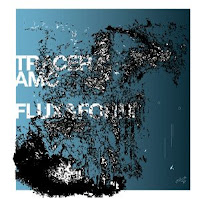 Tracer AMC’s excellent 7″ on Errol Records a while ago, marked the Belfast band out as one to watch. And seldom has a band matured from EP to album so successfully. It’s a tour de force and yet on occasions Flux and Form is also incredibly understated. Catherine Holly, Copenhagen and Nineteen are all stunning guitar epics that push Tracer AMC’s talent beyond the ten minute mark. Faced with such a mammoth canvas, Jonny Ashe and Michael Kinloch shape their guitars from peak to trough, from fast to slow, and from loud to quiet, creating an expansive ocean of gushing emotion.

But shorter pieces like The Understudy, Charles Street and Anvil Point work just as magnificently; offering a slower-paced breathing space between the intensity of the aforementioned tracks. Blue Thread is beautifully melodic, yet at the same time shifts and swerves itself through a handful of different atmospheres and textures, while the perfectly uncluttered intro of Sleep Trick makes way for some percussion par excellence from Keith Winter. Indeed the inventiveness imbued in Flux and Form is often jaw-droppingly surprising.

Even though Flux and Form clocks in at a rather weighty sixty minutes plus, never once does the listener’s attention wane from the soundscapes and backgrounds that Tracer AMC have sculpted, which is no small feat for a post- rock record made with only a handful of different instruments. Flux and Form brings the old ‘music is the soundtrack to your life’ adage to an entirely new level. -by Michelle Dalton (traceramc.co.uk)