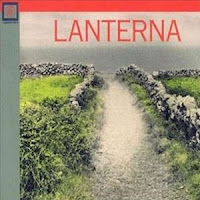 Like their pals in Scenic, Lanterna deals in moody instrumental rock with an accent on spaghetti Western film scores and a sideways glance at surf instrumentals; you'd never think of surfing when listening to this, but you might drive or crop dust to it. Lanterna is a little less prone to droning than Scenic (though "Dark Spring" is as good as ringing guitar drones get), with most tracks feeling like complete songs rather than impressionistic segues, part of an epic whole. The occasional vocal appears from time to time; "Down by the Seine," the only song with truly perceptable lyrics, might be a little too much like half-awake Chris Isaak for some. Judging from the spirally, echoey nature of the guitars, Henry Frayne appears to own a lot of early-'80s post-punk records (Dif Juz, the Comsat Angels, U2). His guitar work is the main attraction, whether it's charging through the well-titled "Turbine," adding numerous textures to "Passage," blasting a jarring buzz in "Colossus," or picking beautifully throughout "Dragon Season." With the exception of the spritely "Achieving Oneness," the whole thing carries a gray-skied melancholy feeling, ideal for a lonely drive through deserted plains of Iowa or Nebraska on a fall day. So here's where things get a little complicated; this release originates from a self-released 1992 cassette that featured half a dozen more songs. A label in Greece selected roughly half of the tracks and released it the same year on vinyl as Of Shapes That Haunt Thought's Wilderness. To add further confusion, a 1995 Parasol release (featuring artwork from IPR/Scenic's Bruce Licher) chose 17 of the original cassette's songs and was reissued in whole by Rykodisc in 1998; although the back of the Rykodisc release lists only ten numbers, the other seven are included as unlisted tracks.
-Andy Kellman (allmusic.com)

Official site
MySpace
Buy it
Posted by JaM at 9:34 PM