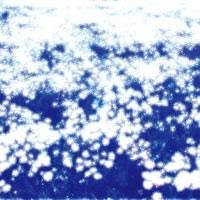 At one point or another, most people who are drawn to the increasingly large selection of genres known as “post-rock” will sit down and ask themselves: what exactly is it that constitutes a post-rock band, anyway? The most immediate response will usually be a lack of vocals, but that doesn’t quite fit – many post-rock stalwarts, from Canadian A Silver Mt. Zion to Swedish Ef have a vocal presence that is critically important to their sound. Then maybe it’s the length of the songs; after all, Godspeed You! Black Emperor never wrote anything shorter than ten minutes, and most of the best Explosions in the Sky songs have lengths soaring towards the double digits. But this isn’t quite correct either: 65daysofstatic keep most of their songs under five minutes, and even long-form post-rock veterans Mogwai featured a stunning brevity on their latest effort, Mr. Beast.
No, these are not the critical elements of post-rock. The defining feature, rather, is structural innovation, and it is this which fuels the more readily observable traits of the genre. Structural innovation, among other things, means altering, morphing, or even just plain destroying the traditional verse-chorus-verse structure which so thoroughly dominates just about everything you hear on the radio. Many of these innovations are good; some are fantastic; but some leave much to be desired. It is in this unfortunate last category that the majority of Microcosmos finds itself.
Microcosmos is the debut LP by Japanese post-rock outfit OVUM. Now, writing “Japanese” and “post-rock” into the same sentence has the tendenency to send up flares amongst some readers, so I’ll go ahead and douse them right now: OVUM bares only the slightest similarity to Mono, Te’, and most other guitar-based instrumental acts from the Land of the Rising Sun with which we have become so inundated over the years. As a matter of fact, their sound is fresh and rather invigorating. Much of this is due to the band’s extremely tight rhythm section: while the guitars do sometimes grow a little stagnant, the bass and drums constantly drive the songs forward with complex and pleasing lines and grooves. Additionally, I must credit the production of this album: all of the instruments come in very clearly, and it is easy to both listen to the music as a whole and to listen to just one instrument – certainly, this is no easy task for the engineer to achieve.
But unfortunately, almost the entire album is marred by structural choices which prevent any sort of cohesion for the songs. The structure can be summed up thusly: play a rather cool little bit for about thirty to sixty seconds, then transition immediately and abruptly into another rather cool little bit, and repeat until the song decides to end. Taken individually, these song fragment are extremely enjoyable, but there is nothing that links them together. It’s not as though Ovum are leaping frantically from genre to genre á la Between the Buried and Me - rather, all of these fragments are composed in a very similar style. The thought seems to have been that since the style of the fragments is the same, they would naturally work together into one cohesive whole. Unfortunately, they do not. To be honest, the problem is so pronounced that if you were to fall asleep while listening to this record, and then wake up about fifteen minutes later, you would have no idea whether you were listening to the same track or not. Ironically enough, sharp brakes in style would actually have created more cohesion than what we are given for the majority of this album.
On the last track, however, we begin to see a glimmer of hope. “Astral” clocks in a little bit too long for it’s own good at eleven and a half minutes, but this is very forgivable in the context of the cohesion that has finally arrived. Apparently OVUM remembered to take their Adderall while the were writing this, for they manage to draw out the introduction to the song to almost four minutes, and the result is quite stunning. Moreover, all of the other sections of the song are actually connected to each other! Because of this remarkable restraint and proclivity towards exploration, “Astral” achieves what all the other tracks on Microcosmos failed to do: it can be legitimately called a true song.
The importance of structural innovation in post-rock cannot be understated. This crucial element is the lifeblood of the genre, and kudos must be given to OVUM for being willing to try something new. Unfortunately, it just doesn’t work. If the segments of the tracks were connected to each other, they would be brilliant. On the other side, if they were separated by abrupt changes in style, the resulting schizophrenia could be also be hammered into a sense of cohesion. Unfortunately, the songs instead find themselves languishing in a tepid middle ground between a heightened structure and the complete abandonment thereof. “Astral” shows what OVUM is truly capable of, but the only way to enjoy the rest of them, as irony would have it, is microcosmically. (thesilentballet.com)