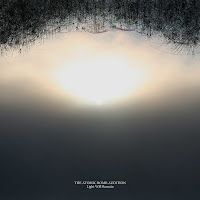 Tracklist:
01. Tracing The Ecliptic
02. Copernicus Apogee
03. Copernicus Perigee
04. The Fifth Wizard
05. We Speak To The Revelator
06. You Are The Sun & The Moon
07. Reseda Books Of Blood
Download

With roots set in the convergent space between doom metal. film music, and apocalyptic comedy, The Atomic Bomb Audution has fashioned its own expansive voice. The Bay Area quartet consructs deafeningly loud yet meticulously detailed sound worlds using a film director's sense of scene, each element chosen to serve the whole. The sound is 21st Century post-metal amalgam of myriad elements: excoriating guitars, haunting bowed contrabass, Moog synth trickery, thunderous percussion mosaics, feedback melodicisms, dulcet gamelan, and moon-governed anthemic crescendos among much else. With pieces clocking from ten to twenty minutes, the band elaborates a wide arc of deliberate sonic architecture through theme and variation rather than indulging in explanatory jams. Sounding at times like Neurosis interpreting the Cure's Disintegration, their artistic touchstones include The Melvins, Mullholland Dr. Bohren und der Club of Gore, Jerry Goldsmith, Bill Hicks, Brian Eno and Pink Floyd's Animals; artists who know how to navigate a wide field of influences with originality and aplomb.

Their 2nd full lenght album, Light Will Remain, is an immense work that represents the band at their creative apex. The album is an evocative document of the art of memory and the evolving significance of events through time. The desire to illuminate and darken aspects of our psychic apparatus based on the indeterminate verity of belief and sense drives this collection of narratives. Peaks of crushing psychedelic metal are buried under ebbs of seasick chords and gently whirring vibraphone. A stoic black hole guitar and bass maw repels celestial debris of processed percussion and voice towards the horizon. The band forges sound like aural filmmakers evoking wavws of synaesthetic images.

Formed in 2004, The Atomic Bomb Audition has performed in clubs, warehouses, galleries, co-ops, and colleges in the Bay Area and throughout the Western Seaboard. They have shared stages with host of ungodly talents including Sir Richard Bishop (Sun City Girls), GIRTH, Gregg Kowalsky, Barn Owl, Lesbian, Wah Wah Exit Wound, Jesse Quattro (Secret Chiefs 3), Dysrhythmia, Aspects of Physics, New Thrill Parade and diminished Men among others. They have collaborated live and on record with Braden Diotte (Tarantula Hawk), Jesse Quattro, avant-garde percussionist Shayna Dunkelman and folk singer Erika Pipkin. The band has completed several tours of the West Coast, and continues to perform live in support of Light Will Remain. (-taken from the band's press report)