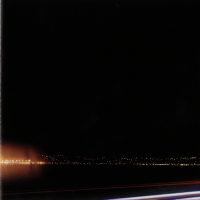 The third release in 2001 from Midium [following the Meterman and Day One albums], is one of the one of the lushest and expansive bands playing in New Zealand, with their debut album, “Subsets Of Sets”.

With bomb-like sereneness, ‘Subset of Sets’ flows from ocean deep lulls to ferocious peaks that threaten the longevity of ones listening device. Recorded by David Holmes, at the Venn Production studios in Napier, Jacob have been able to capture both the pin-drop quietness of the most subtle spacious harmonic as well as the dense wall of sound that is so powerful in their live shows.

Having been nominated four times at the b-Net music awards including best new artist and best album, and playing live at the 2001 awards as well, they now open out with their new album and fresh distribution throughout New Zealand by Zomba. We hope you enjoy this fine stereo recording as other previewed listeners have, and embellish the fluctuating sonic troughs, that is: Jakob.

Turns of phrase… the sound of the underwater mainstream symphonic resonant landscapes, valleys of complex harmonics never cynical always moody often dark always uplifting laid-back and mellow no vocalist – but still has a hook – a listener hears melodies rising up in their ears – resonating with the music driving syncopated beats moving through hip-hop, drum n bass to jazz lush layers of melodic guitar over sonorous bass and oscillating grooves guitar and bass are the string section… the elemental forces like wind and fire while the drums drive underneath with a rhythmical shock treatment which stops the mass from resonating into a cloud of molecules.-(amo.org.au)

this is the way a blog should be! thanks!