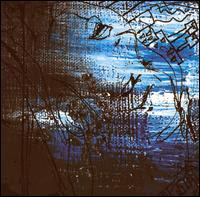 It is always refreshing to come across a particular album that can be played for days on end. With their self-titled album quartet Junius, are likely to make the top of your playlist, and stay there for awhile. From the very first track, your ears will be encompassed by sound that is warm and comforting, yet dark and dramatic. It latches onto your mood and emotions, and spins them around until numbness ensues. Junius has created an album solid enough to rock out to, yet comforting enough to play while relaxing.

While the album borders on being heavy, it purposefully stops short, reflecting their style of balancing aggressive elements with more soothing, melodic tones. Like the work of and Dredg, Junius’ style has intensity capable of changing the ambiance in a room. Lead singer Joseph Martinez brings a diverse style to the album, texturing the tracks and making each one of them sound a bit different from the last.

The most memorable tracks are “Hiding Knives,” “Blood is Bright” and “At the Age of Decay,” since they showcase the band’s intensity, dramatic lyrics, and unique sound. has good reason to be proud of Junius. They represent a new wave of progressive rock with an incredibly original style. - Dan Gotleib (tastemakersmag.com)

Official site
MySpace
Buy it
Posted by JaM at 8:30 PM