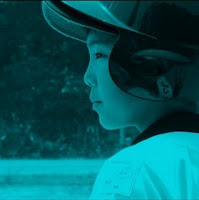 The band myspace declared “Bored as fuck with the Music Industry” and frankly we couldn't be happier. “The Saltire Wave” is a study in the marriage of electro-noise with break beat like elements but still with a post-rock core. On paper, it might sound like every other band out there but this band is really special as they bring an edge to the table that is undeniable. The band offers a lot of free music for download on their website downliners-sekt.com so there is no reason too at least go over there and download this album.
The albums firs song is “Scope Creep” the song starts off with a heavily distorted and dense guitar riff behind a jerky break beat. Every so often you think the song is going to turn on you but it holds it ground. “Panic Sonic Monk” is a song that after one listen it has left me speechless and a bit dizzy. The song is just an intense schooling in the mixing of so many different elements into a song. You can hear a strong bass going on behind it as well as and it just continues to build and suck you in for over 9 minutes. It is really an amazing tune that just blew me away with the noise level. I would love to see this done live. “Kaidan” is what we like to call a late night track. The song has a lot of small little elements that fit perfect for the headphone environment.
This album feels like it was made for me. It hit me in all the right places. The balance was there the sound was perfect. 65daysofstatic was a band who attempted to bring both words together but Downliners Sekt bring it together and then blow it up. -by John Siwicki