Ahkmed - In Your Neck Of The Woods Dying 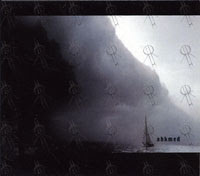 Artist: Ahkmed
Album: In Your Neck Of The Woods Dying
Label: Independent
Year: 2005

Melbourne, Australia's Ahkmed is really on to something. Their self-described sound is "post-stoner," and that's an apt des c r i p tion, as the band fuses the more traditional psych and fuzz utilized so often by the best of the stoner bunch with the more atmospheric instrumental approach of bands such as Pelican and the more recent Mogwai albums. Cool concept - it's like somebody put chocolate in my peanut butter, and peanut butter in my chocolate, and I'm loving it. What's even cooler is that this trio isn't afraid to throw a little kraut into the mix as well, and while that might sound really disgusting if we were still talking about peanut butter and chocolate, musically it works well.* I hear echoes of Neu!, Amon Duul II, and Tangerine Dream in some of these sprawling tracks. Oh, and for the record, the last track has vocals; the other three do not. These guys have been around since 1998, and it's a shame that they haven't gathered more notoriety, because this is pretty intriguing stuff, and they actually manage to take modern heavy psych and put their own spin on it. I really can't recommend this enough. Now come to America so I can see it all live. (StonerRock.com)

Thanks, I'm going to check this out!