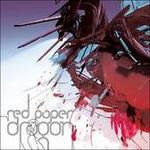 Red Paper Dragon are a tricky one to review. Their debut EP, Songs of Innocence, has been released by the unarguably hip label that is Sound Devastation Records, and they are associates of The Pirate Ship Quintet. Let’s face it, even their EP name adds to this culmination of post-rock chic and eloquence that is currently bubbling around the UK. Songs of Innocence is an evocative debut and as usual, means Sound Devastation becomes portrayed as some idyllic, utopic realm of creativity but more importantly, bloody good debut records.

Songs of Innocence is a rather thrilling listen. Opening track "Polar Bear" is a stellar example of the band's dedication to this record, incorporating distorted, dystopic guitar to great effect. A brief dissemination of "Polar Bear" leaves a lot of material to work through -- rallying vocals free from the criticism that has been previously prescribed to The Strange Death of Liberal England. The all-favourite binary oppositions of ‘clean’ vs. ‘distorted,’ oddly free from cliché, apparently rather unlike Forward March, which evoked I’ll admit, eloquently and logical ‘rage’ in one TSB reviewer.

Moving on, there’s the rhythm switches in later efforts such as "If Not Now, When?" Indeed, there is an obvious sense of urgency to the record, but it is not that of "socio-political commentary," it is much, much more than this. Red Paper Dragon have released a debut EP on a record label that is full of interesting debut efforts. Of course, when parting with your hard-earned coin, it may seem reasonable to suggest "I’ve got The Pirate Ship Quintet, do I really need this?" Yes, you do. Red Paper Dragon will not be disappearing into obscurity any time soon and Songs of Innocence is proof of this. With such a wide array of material already expressed on in this brief venture into the studio, Red Paper Dragon obviously have a lot to offer. You may ask "If they have not done it now, then when will they?" I suggest you should stick around to find out, as I can assure you, it will be soon. (by Holly Joy Emblem -thesilentballet.com)