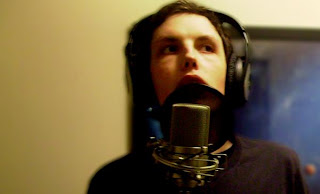 The end focus of the album was always kind of big initially, or at least when I started liking what was playing back; to collect a bunch of songs that could form an album and send them out to every record label I could find. That was really just my version of every girls popstar dream though, and I soon started to appreciate the distribution of the internet and the price tag on music being free (a lot down to albums like Radiohead - In Rainbows, NIN - Ghosts I-IV) to gain awareness of my music. It would also be hypocritical of me to consume music online and turn around to ask money for my own, so I made the decision to give everything away for free. I think eventually with all bands and artists the music aspect will become free, and what else they offer the public, whether dvds, movies, merch, whatever it may be, will become more prominent.

The album itself has a very consistent theme, very reflective of Frank Sinatra’s In The Wee Small Hours album cover; lonely, deserted and drifting around the calm and eerie city streets as early morning creeps in. I’m a creature of the early morning hours, often up until 5-6am, and its at these late hours a lot of the recording, inspiration, and ideas for the album took place, so this mood consistently crops up in lyrics and artwork and sound.

Space is another concept that appears throughout, due to my love and intrigue in the environments or ideas that portray space and stars with a sense of ethereal calm; to relax and feel like you’re there. These personal themes make the album into a very personal piece, there’s no characters or stories that didn’t happen, everything had to be from my own head, and it’s this kind of honesty that hopefully gives it some sincerity.

The albums ’Radiohead - OK Computer’, ’Bruce Springsteen - Nebraska’, and ’U2 - The Joshua Tree’, had another big chunk of impact on my album, as the consistent inspiration and reference points to how I wanted to sound, or what I wanted to achieve. The expansive and futuristic themes on ’OK Computer’... the intimate acoustic guitar recorded in Springsteen’s bedroom, exactly like my situation on ’Nebraska’... and what Space and America and great landscapes should sound like on ’Joshua Tree’ all deeply inspired me.

As for the recording process behind the songs, every song is crafted on acoustic guitar, and that basic skeleton is put down first. It’s only me, so I’m in control of everything, and from there I experiment and play around with what can be added; electric guitar, bass, programmed drums, synth, harmonica, and anything else that works and compliments the song.

I feel like I’ve created an album I can be proud of, and at this stage I can only hope to reach others and hope they experience some of what I intended, and find enjoyment in it. 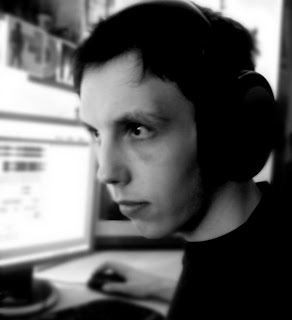 1. What has taken you to produce an album and provide it for free to the people on the web?

I'm a real big fan of an album being a collective piece, listened to from start to finish in a calm, focussed listening environment, and attention given to the artwork/booklet etc... really spending some time to immerse in the music as the artists intended. Music at the minute is heavily focussed on single tracks lifted out of this album context, whether on iTunes, radio, free previews on myspace / last.fm etc., and I really wanted to have people listen to my album as one body of work, to try and pick up on the themes and atmospheres I was trying to establish throughout....it's not a concept album, but it takes a lot of inspiration from my time spent awake in the early morning hours, and the only way I could see myself providing this full album experience in my present situation, as a new musician with no previous release or fanbase, was to provide it for free in the highest quality, taking an album like Nine Inch Nails' 'Ghosts I-IV' as a blueprint to how I could go about it.

2. Have you ever had another experience in a band?

I have had no other experience in a band, or even with any other musicians. I've had a very light messing around with the odd friend or so, but this is my first musical experience. In the very beginning I was apprehensive and doubtful of my own ability, especially to step up and sing having had no experience of it, but over time I found it more rewarding and productive to just focus on improving these areas rather than go out and put together a band.

3. Tell us something about you... for instance: since when did you start singing?

Well like I mentioned, I really only started for this album and have tried to improve my singing as time has went on...I don't claim to be much of a singer, the vocals were just voices to demo ideas initially, but that progressed to something a littler better. I started learning guitar when I was 18 though (3-4 years ago), a little late compared to some, but from there I started teaching myself and learning from tabs. As I got a little better I wanted to record some covers of various songs I loved, Foo Fighters mainly in the beginning, they were pretty piss poor attempts but it helped me learn chords and song structure and recording processes. I've always had a certain distaste at artists who only ever do covers and never write their own songs (bar maybe Frank Sinatra or something!) though, so I wanted to keep the wheels moving forward with my guitar playing...and with that I started to make attempts at writing my own songs.

4. How long has it taken to produce the entire album?

Apart from Dark Matter which was the only song to really carry on from a fair bit back, the album start to finish has taken about 6 months. It hasn't been day to day, I've had other University studies to commit too and I've went at it in my own pace...which has been dubbed once or twice 'so laid back you're almost horizontal', so it's been fairly relaxed! The whole album was created in my small University room.


5. Have you got any shows scheduled for the next days?

At the minute there is nothing planned... In honesty though I have a lot of nerves and apprehension about performing on a live stage, doubts in my playing and singing abilities, in the songs holding up in a live setting....As I mentioned I'm very much about the album so I'll probably keep focussing on that aspect for a bit, but I think i'll definitely want to get out there at some point and play my songs.

6. What were your mainly influences during the album's production?

Radiohead's 'OK Computer' played a big influence on me, it encompasses so much of that 'whole package' feel...the artwork and music all ties in together perfectly, and the depth of sound and detail on all tracks is a massive inspiration. The attitudes and ideas 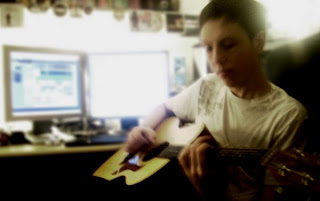 of Angels & Airwaves had a big influence on me during the album process, creating positive atmospheres and visuals, utilising uplifting outer space imagery in the artwork as a vehicle for the music was something I wanted to emulate. Bruce Springsteen...specifically the 'Nebraska' album was another reference point, for the simple relation to my own situation. He recorded the whole album on a 4-track cassette recorder in his bedroom, and it influenced my attitude to what can be produced from lo-fi and minimalistic situations. There were many other bands and situations that helped attribute to my direction, but those 3 were the solid foundations of where I wanted to go with my music.

Email ThisBlogThis!Share to TwitterShare to FacebookShare to Pinterest
Labels: INTERVIEW