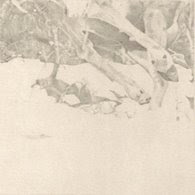 In late 2006, Portland musicians Kevin Davis and Jesse Robert W. drove over 1000 miles to reach a secluded cabin in the desert of southern Utah. They removed themselves from all familiar reality, letting their recording efforts become saturated by the surrounding atmosphere. The result is music affected by a lost time and place, resonating the desert’s sweeping horizons, blood red plateaus, and ancient, hollow canyons.

Glowworm's sound is that of carefully crafted orchestral and atmospheric rock, supported by tasteful electronica. The Coachlight Woods ranges from explosive feedback-driven guitar passages, to intelligent, emotive neo-classical string arrangements. It is a reverb laden struggle through uncharted territory, offering a unique take on style in a genre too often filled with copycats.

Glowworm shares current members of the shoegaze band Pacific UV (also releasing a new LP on WARM records in Feb.), and has released a split 7" on Other Electricities records (Small Sails, Jatun). The Coachlight Woods is Glowworm's first full length LP, and is currently scheduled for self release in the U.S. on March 4th of '08.

“…a solo project bending the lines between indie rock and electronic/ambient…doesn’t hesitate as it dazzles the listener with stunning guitar lines and shimmering electronic support… …into your ears and hearts quicker than you’ll know what hit you.”

For fans of: Mogwai, The Album Leaf, Hammock, M83

Official site
MySpace
Buy it
Posted by JaM at 11:36 AM

I really appreciate when you put the "For fans of..." portion. Thank you sir for exposing me to great music all the time.