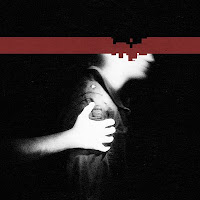 
Nine Inch Nails is riding high on the publicity of its heavily hyped Ghosts I-IV release and is capitalizing on that buzz with a new free album release, The Slip. It’s available exclusively as a free download, but physical releases are in the works.There’s a 2008 Nine Inch Nails Tour coming up this fall, and it’s clear that NIN’s using the The Slip as a promo to build interest in its upcoming tour.
“Thank you for your continued and loyal support over the years - this one’s on me,” says Trent Reznor, and a fine thank you it is. While Ghosts I-IV was an interesting (and successful) experiment, The Slip is a full-bore Nine Inch Nails album.
The album is a mix of environmental/ambient tracks & rockers, with a piano ballad thrown in for good measure.
The Slip gets off to a slow start with 999,999, an ambient track that sounds a bit Eraserhead industrial noise, and wouldn’t have been out of place on the Ghosts I-IV release. It quickly morphs into 1,000,000, a straight-ahead NIN rocker. It’s as blistering as anything NIN has done.
NIN keeps things moving with Letting You, and the more dance oriented Discipline. Discipline has sort of a post-disco feel, and ends with the sort of combined verse + chorus that Paul McCartney honed to a science with his 70’s Wings releases. Except this one is about needing Discipline. Echoplex didn’t do much for me - we’ve heard all the sounds and themes before from NIN. Maybe a remix could help this one. Head Down moves things back into hardcore NIN territory. It sounds like Reznor is running the drums through one of Metasonix’ bizarro tube distortion units. Wailing guitars, shouted choruses and alternating loud/soft sections turn this into a likely concert anthem. Lights in the Sky is the piano ballad I mentioned earlier. It’s an attractive track, despite the crappy out of tune piano and despite the fact that Reznor has a relatively weak voice. The track works because it’s intimate and raw - you feel like you’re sitting next to Reznor as he sings it. Lights in the Sky blends into Corona Radiata - which is one of the highlights of the album. It’s a simple ambient drone piece, but it’s really gorgeous. The first half of it wouldn’t have been out of place on Brian Eno’s Ambient 4: On Land. The second half gets a slow, distorted beat that feels like an irresistible force. The Four of Us are Dying is another gorgeous track - but this time it’s gorgeous industrial noise. The track has a drum machine line that kicks it off and that runs through it, over which mellow, but powerful guitar and synth lines are woven. The album finishes off with Demon Seed, a tight, clean rocker. It builds to a massive climax, dies away to almost nothing, and then comes back for another minute of rocking out. It’s a satisfying end to the album. Overall, NIN’s new release The Slip is an excellent release. It delivers all the things you expect from NIN, it builds on their last release, Ghosts I-IV, and it even has some a couple of tracks that are likely to burn up some air time. In addition to being a great free release, The Slip is released with a Creative Commons license - which means you can share the album with your friends, put it in your podcast or remix it. And, since you’re my friend, I’ve got one of the highlights of release, 1,000,000, available for you to download below. You can download The Slip via the NIN site. Email registration is required. The album is available in a variety of formats including high-quality MP3, FLAC or M4A lossless at CD quality and even higher-than-CD quality 24/96 WAVE. All downloads include a PDF with artwork and credits. -by synthtopia.com