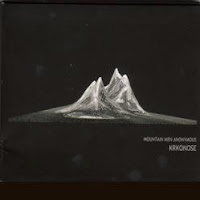 Mountain Men Anonymous is a band formed in Cardiff, South Glamorgan, Wales in the year 1999. At the beginning of the year 2000, two of the original members of the band left and then where replaced by Lorna. Later that year, they released their self-titled EP. In 2001 they released their self-titled debut and a 7" single split with Teflon Monkeys. Between 2001 and 2004 Lorna left the band and the group stayed as a trio. Sam, John and Adam continued making music and in 2004 they released their album called "Krkonose" which is their most known around indie circles. Mountain Men Anonymous' sound can be seen as a mix of electronica, trip-hop and post-rock. They are currently on "indefinite hiatus." Two members of the band, Sam and John, went on to form another band called Zail.
-Ruben Dario(progarchives.com)

Official site
MySpace not available
Buy it (Out Of Stock)