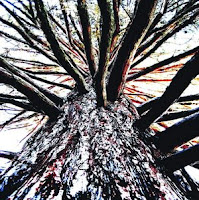 Monera is an independent, aggressive, and experimental music trio based out of the Northeastern United States.
Monera, comprised of Ryan Hare, Zach Lipkins, and Dan Stevens began in a single dorm room in the fall of 2004 in upstate NY. Hare and Lipkins had already been performing in another band in Long Island, NY and met Stevens while attending the college at SUNY College at Oneonta. The three clicked right away and began crafting a sound all their own, with Hare on guitar, Lipkins on drums, and Stevens on bass; with all three sharing vocal duties. They started playing the Open Mic night at the local pub almost every Tuesday under the moniker Tonedeaf and Barefoot. After receiving positive feedback on their performances, the trio decided to get serious and change their name to Monera and record a demo. Hare and Lipkins now reside in Boston, while Stevens is currently in upstate New York. The group manages to perform and write despite the distance separating them.
Monera creates a new sound that has been described as being vicious enough to start a fight to, groovin’ enough to dance to, and complex enough to excite music geeks of all interests. They released their full-length record, “Well-Dressed Ghosts” in 2008. The album was comprised of 11 tracks; new and old songs, some which were written when they first began playing together. Lipkins recorded the album in his Long Island home and Hare designed the artwork.
Monera sells their album digitally and physically through their website (www.myspace.com/moneramusic), as well as at their performances for $5.They have performed at venues in both New York and Boston and plan to continue performing and writing music together.